Should you raise your child vegetarian? 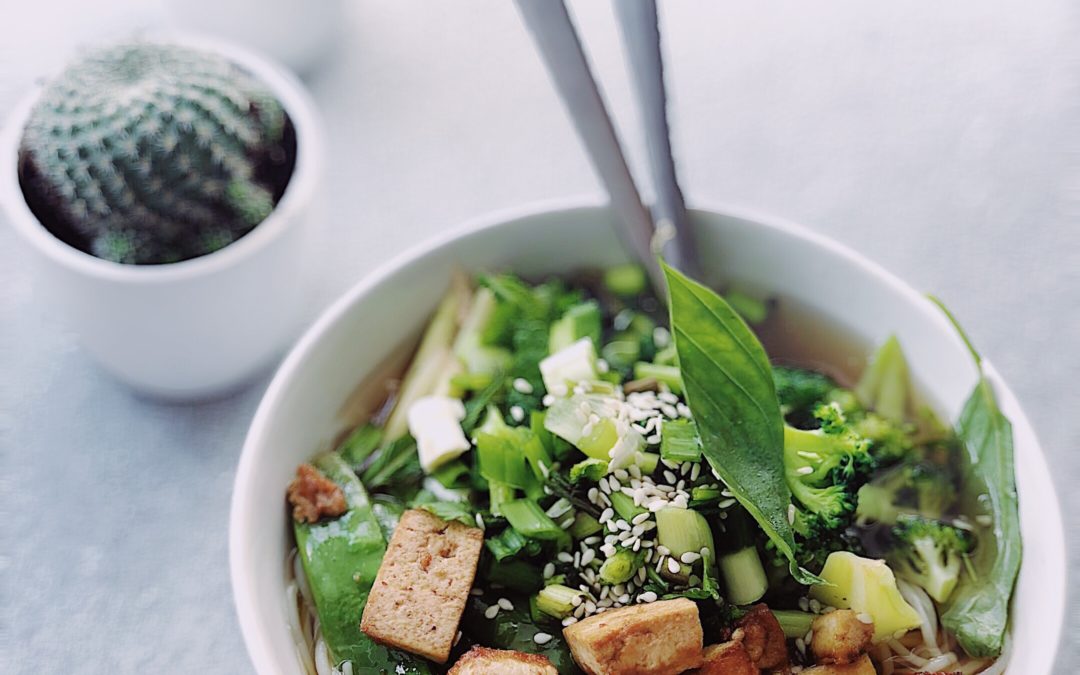 In the last few years, I’ve been an on-again, off-again vegetarian.

I believe that a healthy vegetarian diet can be a great plan to follow but after having chronic anemia and not being able to correct it through diet alone, I now eat meat along with a ton of plant-based foods and as a result, my kids eat the same way.

If you’ve considered whether or not you should raise your child vegetarian, you may have wondered if a vegetarian diet is healthy for kids and what types of foods they should eat.

Read on to learn if a vegetarian diet is healthy for kids and what you should consider before deciding to raise your child vegetarian.

Vegetarian kids on the rise

In recent years, there has been a lot of attention paid to plant-based, vegetarian and vegan diets, with plenty of health websites, bloggers, and celebrities touting the health benefits.

Still, the amount of people who actually call themselves vegetarian or vegan is slim.

According to a 2018 Gallup poll, 5 percent of adults identify as vegetarian while 3 percent say they’re vegan.

And a 2014 national poll by the Vegetarian Resource Group found that 4 percent of kids 8 to 18 are vegetarian or vegan, up from 3 percent in 2010.

While some parents decide to raise their kids as vegetarian because they follow the plan themselves or simply because they want to eat healthier, some kids also decide to do so on their own.

In fact, teen girls, in particular, may start the diet because it’s trendy.

“Food is the one thing kids at this age can control. Sometimes wanting to be a vegetarian is a phase that passes for some children, while others are more committed to it,” Tara Todd, a registered dietitian at St. Louis Children’s Hospital stated in this article.

Are vegetarian diets for kids healthy?

According to the Academy of Nutrition and Dietetics position statement, vegetarian and vegan diets that are appropriately planned are healthy and provide adequate nutrition, have health benefits that prevent and treat certain diseases and

are appropriate for infants, children and teens.

The Academy says vegetarian kids are less likely to become overweight and obese, and tend to eat more fruits and vegetables and less sweets, salty snacks, and saturated fats than their meat-eating peers.

Research also shows that following a vegetarian diet early on in life can help to establish lifelong healthy, eating habits.

In May 2019, Belgian doctors from the Royal Academy of Medicine warned children, teens, and pregnant and breastfeeding moms to avoid vegan diets.

According to the position statement, they say veganism is “restrictive,” creates “unavoidable” nutritional shortcomings and, if not properly monitored, could lead to deficiencies and stunted development, this article states.

They even went so far as to say raising kids vegan is unethical because of the lack of animal protein and amino acids and called for parents who do so to be prosecuted, after deaths in schools, nurseries and hospitals.

In response, U.S. doctors from the Physicians Committee criticized the report saying it isn’t based on scientific evidence and could deter people from following a plant-based diet that can improve their health. They also said studies show people following a vegan diet get enough protein, iron and calcium.

What’s more, the American Academy of Pediatrics (AAP) says vegan diet for kids can be healthy and safe for infants and children, without lacking nutrition or affecting their growth.

What to consider before deciding to raise your child vegetarian

If you decide your kid will follow a vegetarian or vegan diet, there are certain nutrients you should focus on.

Although there are plenty of plant-based protein foods, because of differences in the amino acid composition and digestibility, children may need more protein, which may be between 15 and 35 percent depending on age.

Iron is another nutrition kids who follow a vegetarian or vegan diet may become deficient in, so it’s important for your child’s pediatrician to test for iron deficiency.

Eating iron-rich foods such as beans, eggs, soybeans, and spinach with foods rich in vitamin C like peppers, tomatoes, and citrus fruits can increase absorption.

If your child still falls short, a supplement can help.

According to the National Institutes of Health (NIH), vegetarians may need 50 percent or more of the recommended daily allowance for zinc than non-vegetarians.

To increase the bioavailability of zinc, they recommend vegetarians soak beans, grains, and seeds in water for several hours, and allow them to sit until sprouts form before cooking them.

Kids who are vegan or lacto-vegetarian and avoid fish could be missing out on omega-3 fatty acids, the healthy fats kids need.

As an alternative, kids will need to get plant-based sources of omega-3 fatty acids which include chia seeds, walnuts, flaxseeds and fortified foods like cereal.

Since beef and certain types of fish are excellent sources of vitamin B12, kids can become deficient.

Still, there are some great suitable sources of vitamin B12 such as tofu, tempeh, nutritional yeast, and fortified foods like non-dairy milk and cereal.

Fortunately, if your child is avoiding dairy, you don’t have to worry that he isn’t getting enough calcium.

If you decide to raise your child vegetarian or vegan, it’s important to make sure the diet is well-planned.

Just like gluten-free diets, it’s really easy to rely on too many processed, packaged junk foods and frozen foods, and grab-and-go grocery store or take-out meals that are often low in fiber and high in sodium and saturated fat.

Instead, focus on plenty of fruits and vegetables, whole grains, plant-based proteins like beans, legumes, and nuts and seeds, and healthy fats like olive oil and avocado.

Since many vegetarian and vegan foods tend to be low in calories, it’s also important to make sure your kid is eating enough to support his growth and development.

Separate meals can mean more time in the kitchen

Another thing to consider is meal planning and cooking and the time it takes.

When I was vegetarian, it wasn’t easy to simply grab a protein and pop it in the oven.

I had to plan ahead and make large batches of lentils and bean burgers, for example, to make sure I always had something on hand.

If your child is vegetarian but you and your spouse aren’t for example, you could also find yourself making separate meals for everyone which can be time consuming.

Making meals in bulk, or cooking with your kids can help.

Get help from an expert

Kids’ diets can include a variety of fresh, whole foods but that doesn’t necessarily mean they’re getting everything they need.

If your child is a picky eater, that’s even more of a reason to pay attention to his diet.

You might consider speaking to a registered dietitian-nutritionist (RDN) who can take stock of what your kid is eating and where there might be nutritional deficiencies.

An RDN can also help with meal planning and recipes.

The bottom line: a vegetarian diet or vegan diet can be healthy for kids if it’s appropriately planned and kids actually eat the food.

Whether or not your child sticks with it or not, getting more plant-based foods in his diet is always a good idea.

Is your child vegetarian or vegan? What tips can you share for eating healthy? 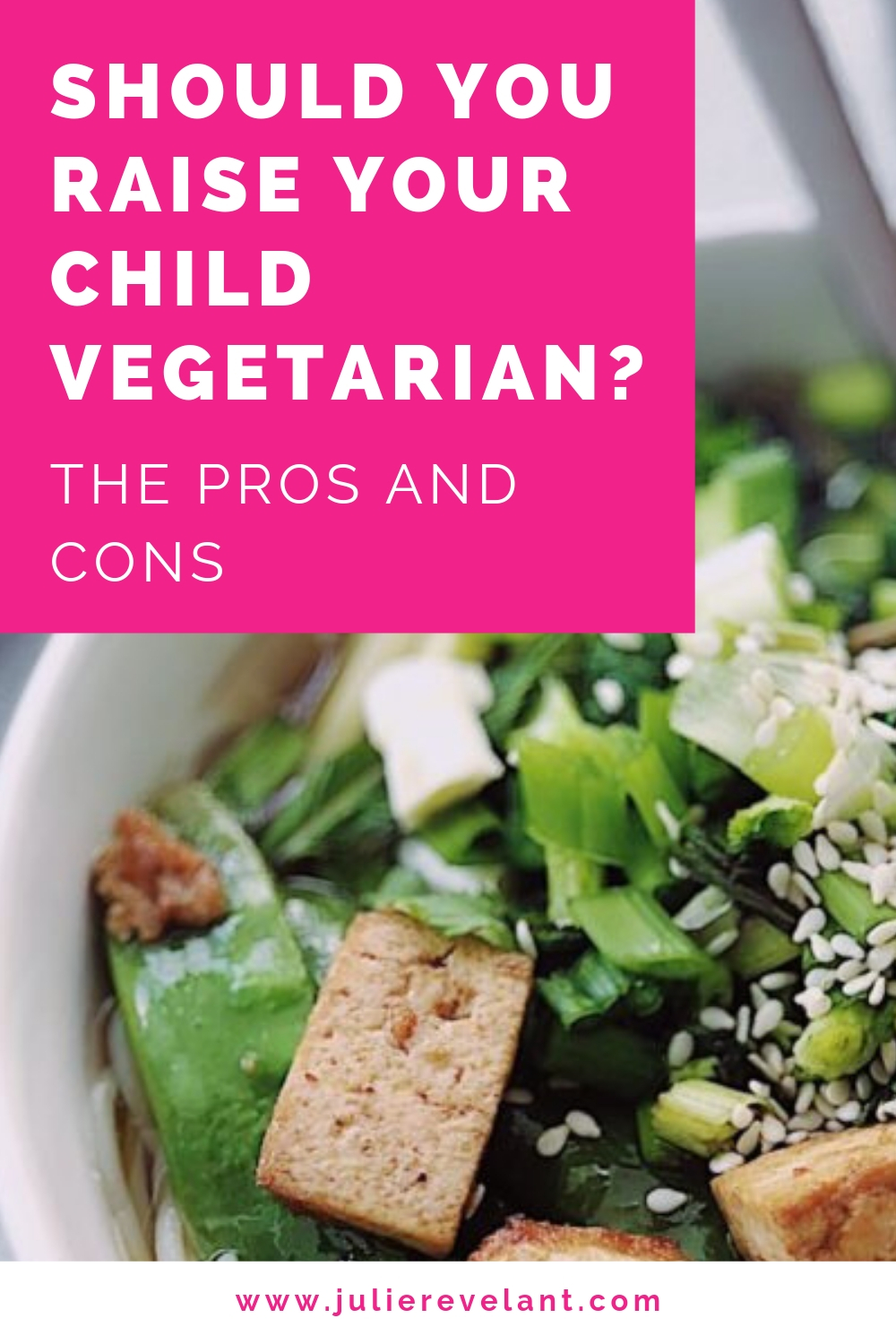