When it comes to pregnancy nutrition, the key is to eat foods that will fuel your body and help your baby grow. 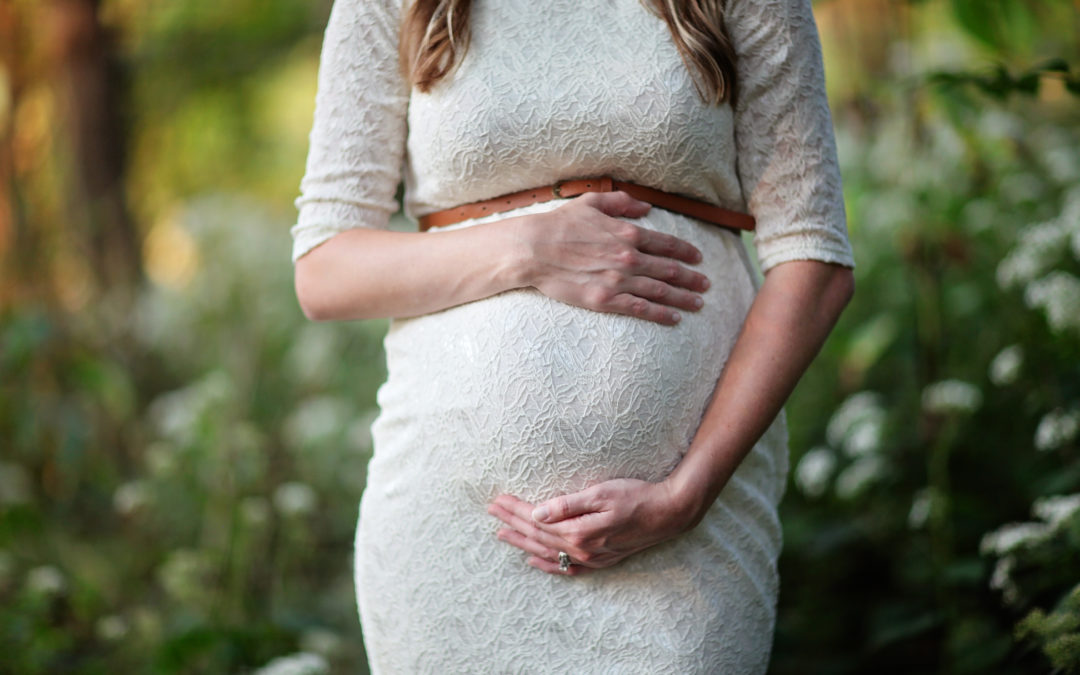 All intentions of healthy eating and striving for “perfect” nutrition during pregnancy can go right out the window with your positive pregnancy test.

Eating leafy green vegetables may have been your goal but bagels and cream cheese seem to be more your reality. And if you have nausea and morning sickness, saltine crackers and ginger ale is the best meal you’ve had all week.

When I was pregnant with my first child, I didn’t know as much as I do now about nutrition. I also didn’t think too much about the foods I was eating.

Of course I knew I shouldn’t be eating chips and chocolate, but I didn’t think indulging was that big of a deal. The problem was, I indulged whenever I wanted. A second helping? Sure. Dessert? Why not.

I’m embarrassed to admit that even though I didn’t regularly eat fast food, I ate McDonald’s once during my pregnancy. After a prenatal appointment. As a “treat.” A pregnant woman “deserves” French fries, right?

A healthy pregnancy diet will ensure you give your body and your baby what they need. Eating healthy foods and paying attention to portion sizes can help you control your weight gain and lower your risk for certain pregnancy complications and problems after pregnancy.

But what should you eat and what foods should you avoid? Here are 5 diet do’s and don’ts.

1. DO Get Folic Acid

To prevent neural tube defects like spina bifida, it’s important that you get an adequate amount of folate, a B vitamin, and the synthetic version, folic acid both before you get pregnant and especially during the first 6 weeks of pregnancy.

Experts recommend all women—whether they’re hoping to get pregnant or not—take 400 micrograms (mcg) of a folic acid supplement. Although folate isn’t absorbed as well as folic acid, you can get it from foods like beef, chicken, pork, fish and shellfish, green leafy vegetables, citrus fruits, beans and legumes and fortified foods like some cereals.

Your sugar cravings might be out of control but eating too much sugar during pregnancy can cause you to gain too much weight, which can increase your risk for gestational diabetes and later type-2 diabetes, pregnancy complications and birth defects.

Being overweight during pregnancy can also make it more difficult to lose the baby weight after you deliver. And studies show babies born to moms who are overweight are more likely to be overweight themselves.

But it’s not only added sugars from desserts, soda or candy that you should limit, but sugar from refined carbohydrates like white bread, white rice and anything with white flour like processed and packaged snacks.

Read labels carefully and watch how much sugar you’re eating. When you eat grains, stick with whole grains like rolled oats, quinoa and brown rice, for example.

Eating a variety of whole foods not only will give you the nutrition you need, but studies show babies’ food preferences start in utero.

So eat lots of fresh fruits and vegetables and chances are, your baby will be a healthy, adventurous eater when he starts solids.

During pregnancy, you need to drink more water even if you’re constantly in the bathroom. Staying hydrated is how your baby gets all of the nutrients you consume and. can help you prevent urinary tract infections (UTI’s), constipation, headaches and swelling. Of course, you’ll want to drink up if it’s hot outside or after a workout.

The National Academies of Science, Engineering, and Medicine recommends pregnant women drink 8 to 10 glasses of water a day.

Studies show eating foods high in omega-3 fatty acids during pregnancy is vital for the development of baby’s brain and retina development. Eating these healthy fats may even determine when your baby is born and prevent postpartum depression, according to a 2010 study in the journal Reviews In Obstetrics & Gynecology.

The best source of omega-3 fatty acids, specifically EPA and DHA, are from fish, which can be tough to get if you’re avoiding it because you’re worried about mercury toxicity.

The American College of Obstetricians and Gynecologists (ACOG) however, says it’s safe to eat two, 8-12 ounce servings of fish per week. Fish with low levels of mercury include shrimp, salmon, catfish and pollock. Avoid those with high levels of mercury which include shark, swordfish, king mackerel and tilefish. If you eat white albacore tuna, limit it to 6 ounces a week.

A common misconception about pregnancy nutrition is that you should eat for two but that line of thinking may be the reason 47 percent of women gain too much weight during pregnancy, according to the Centers for Disease Control and Prevention (CDC).

Keep in mind the foods you eat are certainly important for you and your baby but that doesn’t mean you should be eating twice as much.

In fact, during the first trimester you don’t need to eat extra calories. During your second and third trimesters, you only need an additional 300 to 450 calories a day.

These are guidelines and can vary if you’re underweight or overweight when you become pregnant, so always talk to your doctor or a registered dietitian nutritionist to make sure you’re on target. Also, don’t go crazy counting calories: eat until you’re satisfied, not overly full.

The research isn’t clear, but some studies suggest that consuming too much caffeine during pregnancy could cause miscarriage or low birth weight.

ACOG recommends pregnant women limit their overall caffeine consumption from all sources including coffee, tea, soda and chocolate, to 200 milligrams a day. To put that in perspective, an 8-ounce regular coffee is 95 milligrams of caffeine so have two and you’re at your max for the day.

I love coffee and tea so when I was pregnant, I referred to this caffeine chart on BabyCenter.com.

During pregnancy, you need about double the amount of iron than you did before pregnancy so that your body can make more blood to supply oxygen to your baby.

ACOG recommends 27 milligrams of iron a day which you can likely get from your prenatal vitamin.

But be sure to eat iron-rich foods too like beef, chicken, fish, beans and peas and iron-fortified cereals. Also, eating iron-rich foods with foods high in vitamin C can help your body more efficiently absorb iron. So if you make a vegetarian chili with beans, add in tomatoes, for example.

During pregnancy, there are certain foods you should avoid because of the risk of bacteria, viruses and parasites that cause foodborne illness and serious problems for you and your baby. Soft cheeses, lunch meats and raw fish are some but check FoodSafety.gov for a complete list of foods to avoid during pregnancy.

According to a 2012 survey by SELF magazine and CafeMom.com, nearly 50 percent of pregnant women admitted to restricting calories, eliminating entire food groups and eating a lot of low-calorie and low-fat foods. A few women said they even turned to fasting, cleansing, purging and using diet pills and laxatives.

You might be worried about gaining too much pregnancy weight or losing the baby weight after you give birth but pregnancy isn’t the time to diet.

Be sure to check out the pregnancy weight gain recommendations which take into account your pre-pregnancy weight and if you’re having one baby or multiples. Yet whether you’re overweight or on target, the key is to eat healthy and pay attention to portions.