My Love-Hate Relationship With Breastfeeding 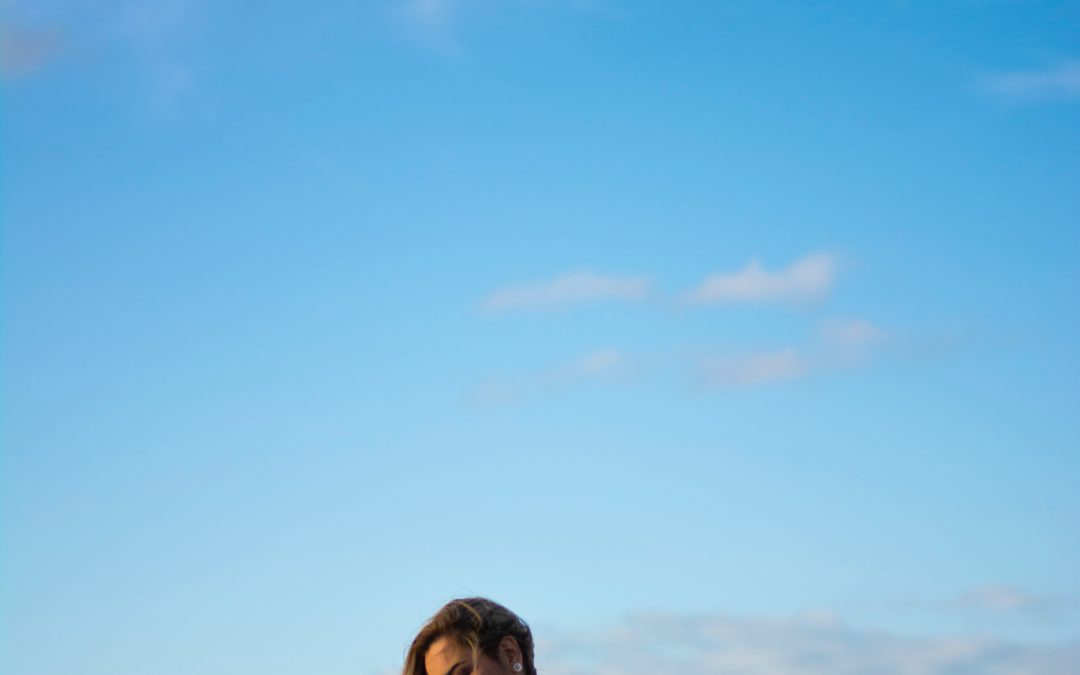 When I was pregnant with my first child, I read about all of the amazing benefits of breastfeeding and decided right away that I’d breastfeed.

It seemed natural, easy and the best decision for my baby, but little did I know that after two babies and 25 months combined, I’d grow to have a love-hate relationship with breastfeeding.

WHAT I LOVED ABOUT BREASTFEEDING

The Benefits of Breastfeeding

Breastfeeding is one of the best things you can do for your baby’s health and your own.

To this day, I still think it’s one of the most amazing experiences as a mom. I was in awe that my body could provide the perfect nutrition my babies needed and the nutrients in my breastmilk even adjusted as they grew.

When it comes to moms, breastfeeding lowers the risk for type-2 diabetes, ovarian cancer and certain types of breast cancer.

What’s more, an August 2018 study in the Journal of the American Heart Association found that women who breastfeed for one month or longer had a 23 percent lower risk for stroke.

My breasts got huge

Since I went through puberty, my breasts have been barely an A cup.

To be perfectly honest, it never really bothered me much and it was something I just accepted about my body.

When I was breastfeeding however, I couldn’t believe how large my breasts grew—porn-star big.

They went back to their normal size when I stopped breastfeeding of course, but it was a nice benefit for me and my husband while they lasted.

I was grateful for breastfeeding support

After I had my babies, I was grateful to have support from the lactation consultants at the hospitals I gave birth in.

The women took their time to explain how to position my babies, make sure the latch was correct and how I could tell that they were getting enough milk.

To get that help made all the difference in making breastfeeding easier, and I felt supported by other women who had been there especially during a time when I felt totally unsure of myself as a new mom.

The day I left the hospital with my first child, the neonatal nurse told me if I continued to breastfeed, “the weight would melt right off.”

That was good news for me since I had gained too much weight during pregnancy.

She was right. I exclusively breastfed, ate healthy and exercised regularly and I was back to my pre-pregnancy weight in just a few months.

Related: How I Lost The Baby Weight Twice

Although breastfeeding can help you lose weight, this isn’t the case for everyone.

How much you’ll lose and how fast depends on how long you exclusively breastfeed for, how much weight you gained during your pregnancy, as well as your diet and exercise habits after you give birth.

WHAT I HATED ABOUT BREASTFEEDING

My first experience was a negative one

Let me paint a picture for you of my first breastfeeding experience in the hospital.

It’s an experience I wouldn’t wish on any mom and it’s something that could have easily deterred me from breastfeeding.

At 38 weeks, I had just given birth after a 41-hour ordeal in which a nurse told my husband and I that I didn’t need a birthing ball—women in other countries just buck up and give birth!

And my doctor walked out of the room while I pushing, annoyed that I wasn’t delivering fast enough.

Those were just the highlights of what was an arduous labor and delivery with plenty of twists and turns.

By the way, this was a top ranking hospital in one of the wealthiest areas in the country.

In any case, I was holding my daughter and one of the labor and delivery nurses was by my side. I started to breastfeed and asked her if the latch was correct. Her response? “I thought you said you read a book about breastfeeding?”

I was shocked and upset by her utter lack of understanding, kindness and compassion.

Breastfeeding is a part-time job

Don’t get me wrong, pulling out your breast and putting your baby next to you is quicker and much easier than having to get up in the middle night to prepare a bottle while your baby cries.

But breastfeeding is time consuming in other ways and takes more patience than bottle feeding.

When I was breastfeeding, I always felt like I was “on-call,” especially in the beginning when there are 8 to 12 feedings a day.

In the first few months, my husband would wake up to feed our daughter a bottle of pumped milk but I often woke up to pump as well so my milk supply wouldn’t dwindle.

When I had my second child, I saw a lactation consultant and told her the Babywise methodology, the eat, play, sleep schedule that had worked perfectly with my older daughter wasn’t working at all with my second.

Instead, she wanted to breastfed all the time and I was one tired mama.

She explained that unlike formula-fed babies who eat on a schedule and can go longer between feedings, breast milk is digested quickly and the truth is, newborns eat all the time.

I got mastitis and dysphoric milk ejection reflex (D-MER)

When I was breastfeeding, I had a bout of mastitis and I wouldn’t wish it on anybody.

Not only did I have a large lump in my breast, but I felt like someone ran over me with a Mack truck.

I also battled a sneaky condition called Dysphoric Milk Ejection Reflex (DMER), in which I had a moment of intense anxiety and feeling of doom right as my milk letdown.

My body was out of control

With my first baby, I produced a lot of milk. She had a strong, efficient suck and I was also pumping.

My breasts would leak when she—or another baby nearby—cried so I always wore nursing pads.

When I sat down to breastfeed, my milk would let down so fast my daughter would often let go of the latch to catch a breath and my breasts would spray everywhere.

Since breastfeeding also causes estrogen levels to be low, sex was challenging and often painful. And those leaking breasts? Yea, that happened during sex too thanks to oxytocin—fun times!

Going back to work was hard

I was lucky to be able to work from home when I had my kids and have (the most amazing) babysitter care for them in our home.

I started working again two weeks after my daughter was born and I only worked part-time. But I had deadlines to meet so trying to feed my baby or pump a bottle and get my work done in a short amount of time was stressful.

Studies show only about 50 percent of moms are still breastfeeding at 6 months and we know that returning to the workforce is one major obstacle.

My child had tongue tie

When I had my second daughter, I told one of the midwives in the hospital that breastfeeding was painful.

She looked in my daughter’s mouth and said she had a slight tongue-tie, a condition in which the piece of tissue under the tongue, the frenulum, attaches to the bottom of the tongue which makes breastfeeding difficult.

I wasn’t in severe pain but after a year of breastfeeding, I knew it shouldn’t feel that way.

She also explained that if it was left uncorrected, it could interfere with her speech later on. I also couldn’t wait to have the in-office procedure to snip the frenulum,  because if I did, she’d need surgery in the hospital.

A few days later, I made an appointment with an ear, nose and throat (ENT) doctor and although I decided it was the best choice, it was a rushed visit and seemed like the only option.

Within 2 minutes, he clipped the frenulum with scissors and my daughter burst into tears. When I went to check out and was told the procedure was $500, I cried too.

Despite all of the breastfeeding challenges I faced, I was grateful that it ultimately became easy for me and I didn’t have to deal with low milk supply or make the decision to go back into an office full-time like others moms do.

Would I do it again? In a heartbeat.

Did you have a love-hate relationship with breastfeeding? Let me know your experience by leaving me a comment! 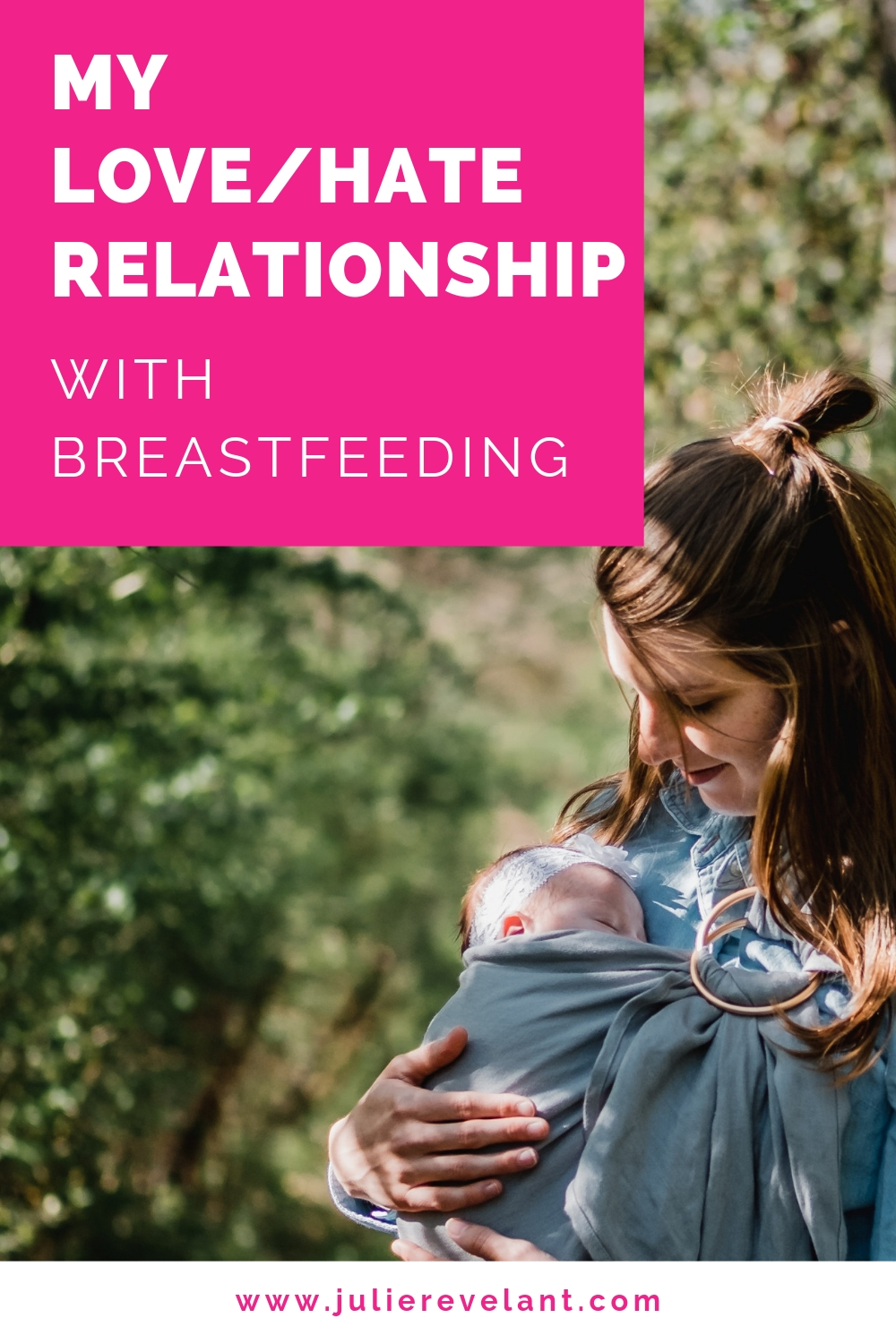