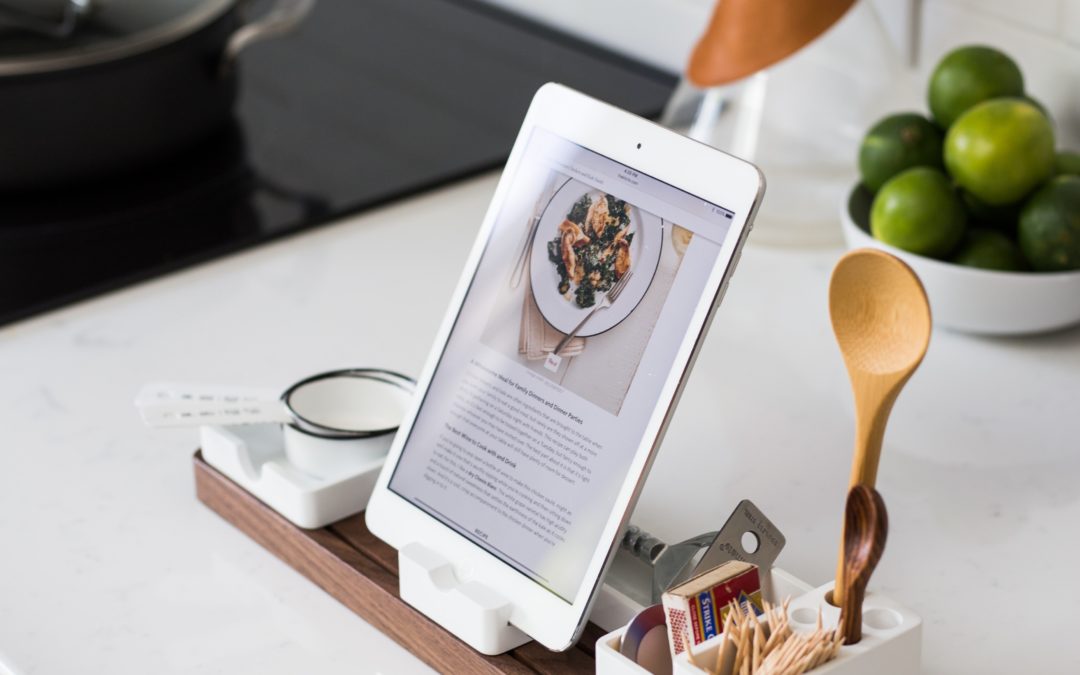 We all know that spending too much time in front of the TV, a tablet or other electronic device can affect a child’s health—and their risk for childhood obesity. Yet new research shows that kids who watch healthy kids’ cooking shows are actually more likely to be healthy eaters.

Now that we can all breathe a sigh of relief and not feel so guilty about all forms of screen time, let’s take a deeper dive into the research.

The new study, published earlier this month in the Journal of Nutrition Education and Behavior, found that kids who watched a healthy cooking show which featured healthy foods and was geared for them, were 2.7 times more likely to choose healthy food than those who watched a different episode of the same show that featured unhealthy food.

For the study, which was conducted in the Netherlands, researchers asked 125 kids, between 10-and-12-years-old (with their parents’ permission) to watch 10 minutes of a public TV cooking show.

The kids were then offered a snack as a reward for participating—something the AAP—and most experts—say to avoid, but for the sake of research, I suppose it’s not relevant 🤫.

At the end of the study, researchers found that kids who watched the healthy cooking show were significantly more likely to choose one of the healthy snack options—an apple or cucumber slices—instead of the unhealthy options—chips or salted mini-pretzels.

According to the researchers, the findings seem to indicate that watching kids’ cooking shows and learning about healthy foods and their portion sizes in a visually appealing way affects the types of foods kids will crave and encourages them to act on those cravings.

Interestingly, the study was conducted at the children’s schools, which the authors say could have a positive influence on their “knowledge, attitudes, skills and behaviors,” and be a way to teach healthy eating habits.

The authors also note that exposure to healthier food options is influenced by children’s personality traits. So if your kid doesn’t like to try new foods to begin with, he’s probably not going to go for the healthy food choices after watching the show.

Something that I found particularly interesting however, is that as kids get older, they feel responsible for their eating habits and can rely on information they learned when they were younger.

Therefore, even if your kids watch healthy cooking shows when they’re young but it doesn’t affect their food choices, when they’re older, it might.

While simply watching kids’ cooking shows can encourage your kids to eat healthier, you can take it one step further and cook together with your kids.

I’ve noticed this with my own kids who love to watch Pretty Healthy, and other types of cooking shows and then are excited to cook with me.

Research shows eating home-cooked meals is healthier than eating out.

What’s more, kids who eat with their families 3 times a week are less likely to be overweight, eat unhealthy foods and have disordered eating, and are more likely to eat healthy foods, a 2011 meta-analysis published in the journal Pediatrics found.

If you’re not the greatest home chef however, and you’re looking for help, I recommend the Kids Cook Real Food video course for families. The course teaches kids over 30 basic kitchen skills, builds their self-esteem and confidence and gives you easy recipes to make at home. Register for the course here.

DO YOU WATCH KIDS’ COOKING SHOWS WITH YOUR LITTLE ONES? DO YOU THINK IT ENCOURAGES THEM TO EAT HEALTHY? LET ME KNOW IN THE COMMENTS!