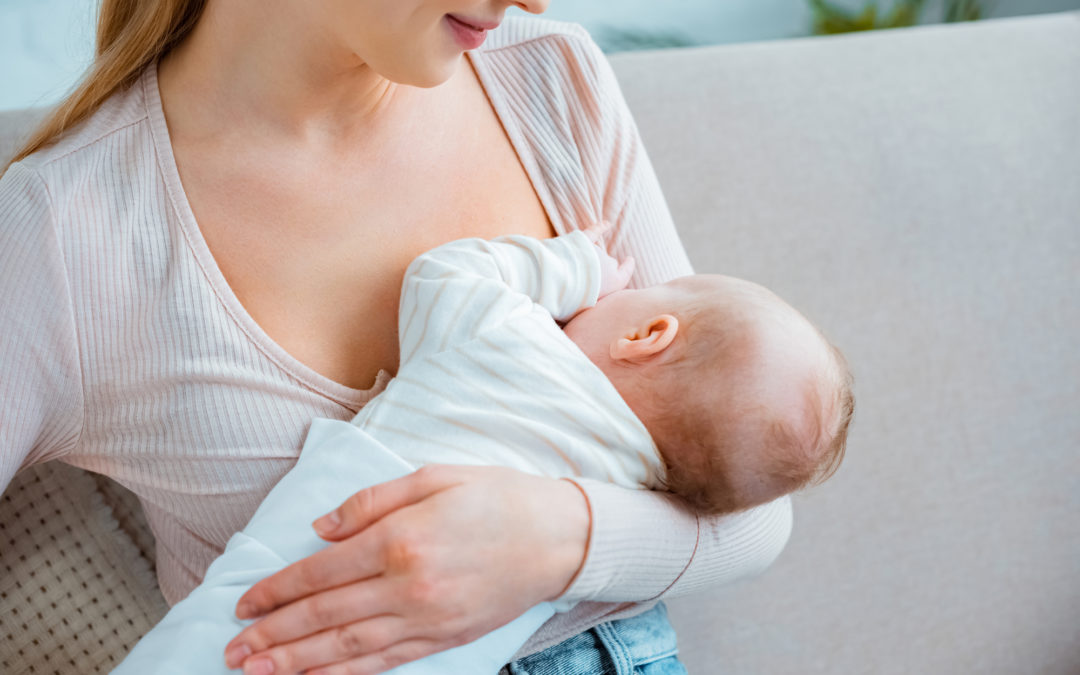 There’s no doubt there are a ton of benefits of breastfeeding for both you and your baby, and a healthy breastfeeding diet is important, but a new study suggests drinking milk while breastfeeding can prevent food allergies in kids.

The study, published online in November 2020 in the journal Nutrients, suggests moms who drink cow’s milk while breastfeeding may reduce their child’s risk for food allergies.

“We have found that mothers of healthy one-year-olds consumed more cow’s milk during breastfeeding than mothers of allergic one-year-olds. Though the association is clear, we do not claim that drinking cow’s milk would be a general cure for food allergies,” says Mia Stråvik, a doctoral student in the Division of Food Science at Chalmers University of Technology, and first author of the study, stated in this press release.

According to FARE (Food Allergy Research & Education), one in every 13 children in the U.S, has a food allergy.

While there are many risk factors for food allergies, including family history and other allergic reactions such as eczema, as well as asthma, this new study suggests that a mom’s diet may play a role in preventing food allergies in kids.

While cow’s milk has been touted as a health food, in recent years, some experts have warned about the dangers of dairy which have led many women to cut it from their diets. In fact, a 2017 survey from the National Osteoporosis Foundation found that 6 in 10 moms have tried—or are currently— avoiding dairy.

CAN BREASTFEEDING DIET REDUCE THE RISK OF FOOD ALLERGIES?

For this new study, researchers asked more than 500 Swedish women about their eating habits and whether or not their children had food allergies at age 1.

The mothers provided information about their eating habits at three different times: in the 34th week of pregnancy, one month, and four months after giving birth.

Then, when the babies turned a year old, they were examined by medical providers, and those with food allergies, atopic eczema, and asthma were identified.

After other risk factors were adjusted for, the researchers were able to determine a link between mothers’ consumption of dairy while breastfeeding and food allergy risk.

The researchers say that the link between drinking cow’s milk while breastfeeding and a reduced risk for food allergies is due to the fact that cow’s milk contains substances that stimulate the child’s immune system and allow the child to develop a tolerance to different foods.

Unlike previous studies that have looked at the link between drinking cow’s milk while breastfeeding and a lower risk for food allergies and have relied on survey responses only, researchers for this particular study also used biomarkers in the mothers’ blood and breast milk to verify her consumption of dairy.

“The biomarkers are two fatty acids formed in the cow’s stomach, which are specific to dairy products,” Stråvik said. “Furthermore, all the cases of allergy in children were diagnosed by a doctor specialising in child allergies.”

Another interesting finding of the study was that babies at the four-month mark who were eating a lot of fruit and berries were more likely to have eczema, yet it’s unclear why and the authors say, more research is needed.

In the report, they recommend moms exclusively breastfeed for 6 months, and introduce infants to potentially allergenic foods such as peanuts, when they start solids. The authors state: “Introducing peanut-containing foods in the first year reduces the risk that an infant will develop a food allergy to peanuts.”

Suffice to say, more research around breastfeeding, diet, and kids’ food allergies is necessary and the Swedish study authors are currently working on a follow-up study which will look at children’s health at age 4.

Related: Anaphylaxis: What I Learned After My Child Had a Severe Reaction to Food