Caffeine and Breastfeeding: How Much Coffee Is Safe? 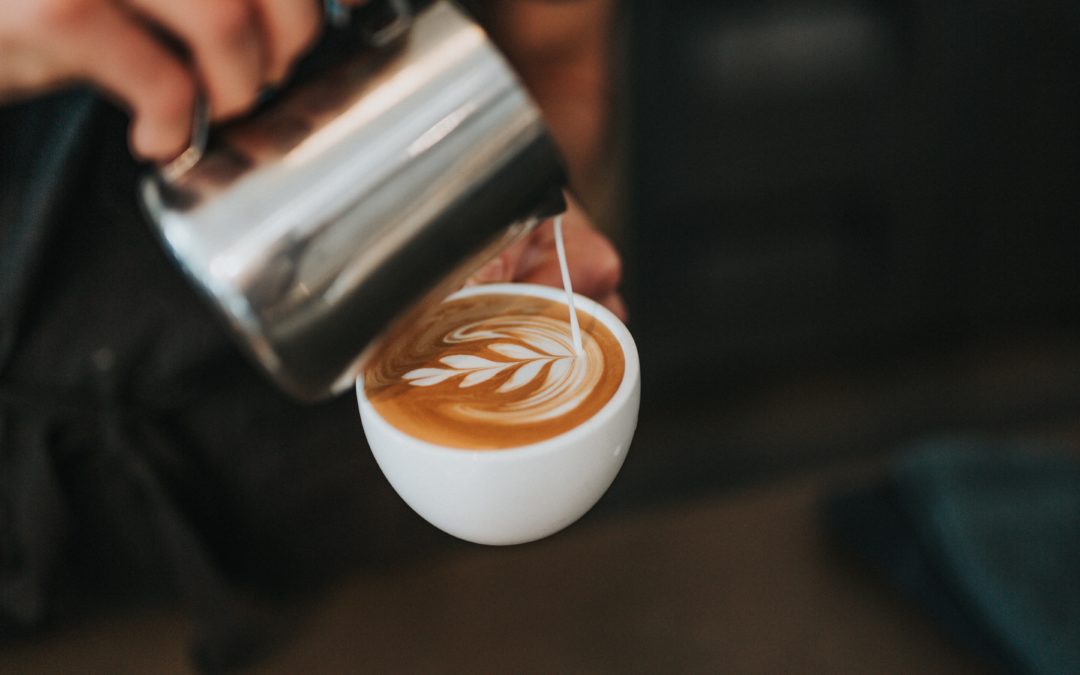 Now that the nine months of avoiding foods like sushi and soft cheeses are over, you’re ready to start enjoying your favorite foods again. Between diaper changes, round-the-clock feedings and sleepless nights, chances are, you’re also vying for a cup of coffee, or an afternoon pick-me-up like a piece of chocolate. When it comes to caffeine and breastfeeding however, you may have wondered if coffee—and foods that have caffeine—are safe and if so, how much you can consume.

Whether you love your lattes, or a regular cup of Joe is more your speed, here’s everything you need to know about caffeine and breastfeeding.

CAFFEINE AND BREASTFEEDING: IS IT SAFE?

While you were pregnant, you knew that cutting back on coffee and other foods and beverages with caffeine was a healthy choice since caffeine crosses the placenta and may pose health risks to your developing baby.

Now that you’re breastfeeding however, you’re probably wondering if you should still curb the caffeine.

The good news is that according to the American College of Obstetricians and Gynecologists (ACOG), consuming caffeine is safe while you’re breastfeeding, but in moderate amounts (more on that later).

Something to keep in mind however, is that pre-term or younger newborns  breakdown caffeine more slowly so if your baby falls into that group, you may want to consume even less caffeine, according to the Centers for Disease Control and Prevention (CDC).

Research shows that caffeine and breastfeeding isn’t likely to have an effect on a baby’s sleep.

According to a May 2012 study in the journal Pediatrics, there is no significant link between drinking coffee while breastfeeding and an infant’s sleep at 3-months-old. The Centers for Disease Control and Prevention (CDC) say side effects have been reported in babies whose mothers who consumed much more— 10 or more cups of coffee a day.

Yet if your baby seems irritable, fussy, jittery and isn’t sleeping well, you might try reducing or even eliminating caffeine from your diet altogether to see if it helps.

Keep in mind however, that you’ll have to slowly wean off the caffeine to avoid having headaches.

Levels of caffeine in breastmilk peak 1 to 2 hours after consumption, so if you can avoid it, it’s a good idea not to drink coffee, tea or consume caffeine right before or while you’re breastfeeding or pumping. Instead, you might consider consuming it after a feeding so that you can metabolize it before the next feeding. 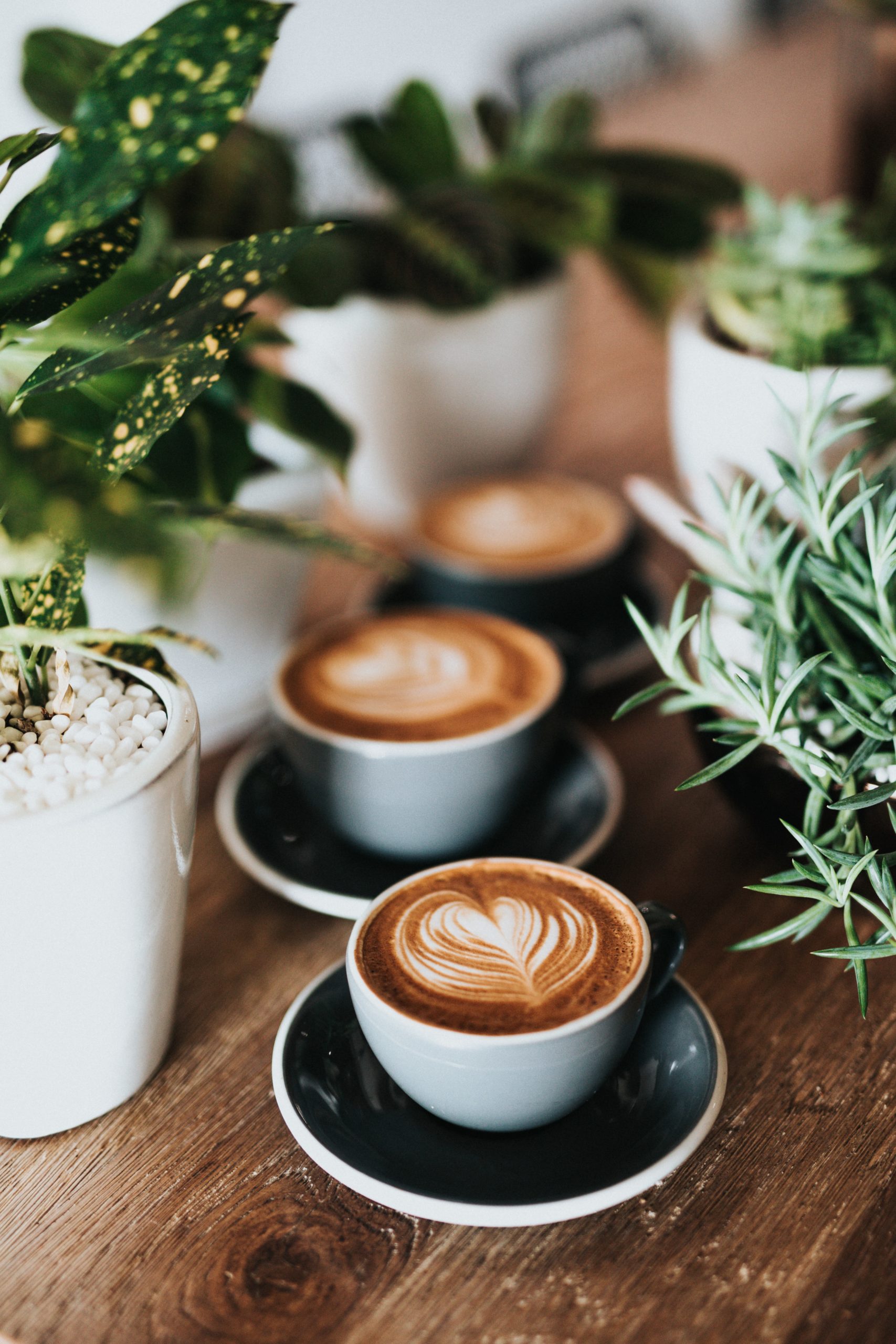 HOW MUCH CAFFEINE IS SAFE WHILE BREASTFEEDING?

While caffeine and breastfeeding are safe, the key is that your total amount be moderate, which varies among the experts.

ACOG says it’s up to 200 mg a day, which is equal to about two, 8-ounce cups of brewed coffee.

The CDC and La Leche League however, say up to 300 mg of caffeine a day is safe.

The American Academy of Pediatrics (see Table 6: Maternal Medication Usually Compatible With Breastfeeding) defines moderate as to 2 to 3 cups a day of caffeine.

Of course, a Venti coffee at Starbucks will have more caffeine than a Tall and that extra shot of espresso can easily put you over your caffeine limit for the day.

Also, keep in mind that decaf coffee still has some caffeine in it. There also may be other sources of caffeine in your diet including:

Be sure to check out the Center for Science in Public Interest’s caffeine chart for specific amounts.

If your baby is experiencing side effects, these are likely to improve as he gets older, since newborns have a harder time metabolizing caffeine, according to Kelly Bonyata, an international board certified lactation consultant and founder of KellyMom.com.

WHAT ABOUT DECAF COFFEE WHILE BREASTFEEDING?

While decaffeinated coffee still has caffeine, it’s much less than a cup of regular coffee.

It’s a good idea to look at your total caffeine consumption from all sources for the day and adjust accordingly.

THE BOTTOM LINE ON CAFFEINE AND BREASTFEEDING

There’s no doubt that as a new breastfeeding mom, you’re exhausted. If you need a cup of coffee to get through the day, or you simply enjoy it, experts say it’s fine to do and it’s safe.

Although the recommendations vary among health organizations, it’s wise to limit the amount of caffeine to between 200 mg to 300 mg a day.

Remember that it’s not just the amount of regular coffee you should pay attention to, but decaf coffee and caffeine from other sources including tea, chocolate, and certain foods.

While these levels of caffeine are safe, if you have a pre-term or younger infant, you may notice side effects. Likewise, every baby is different so regardless of age, if your baby is irritable, fussy, jittery and isn’t sleeping well, and it’s not attributed to anything else, you might try reducing or eliminating caffeine from your diet altogether to see if it helps.

Of course, too much caffeine can also make you feel jittery and irritable or increase anxiety, so try to strike a balance between a pick-me-up and caffeine overload.