7 Kid-Friendly Ways To Use Chia Seeds 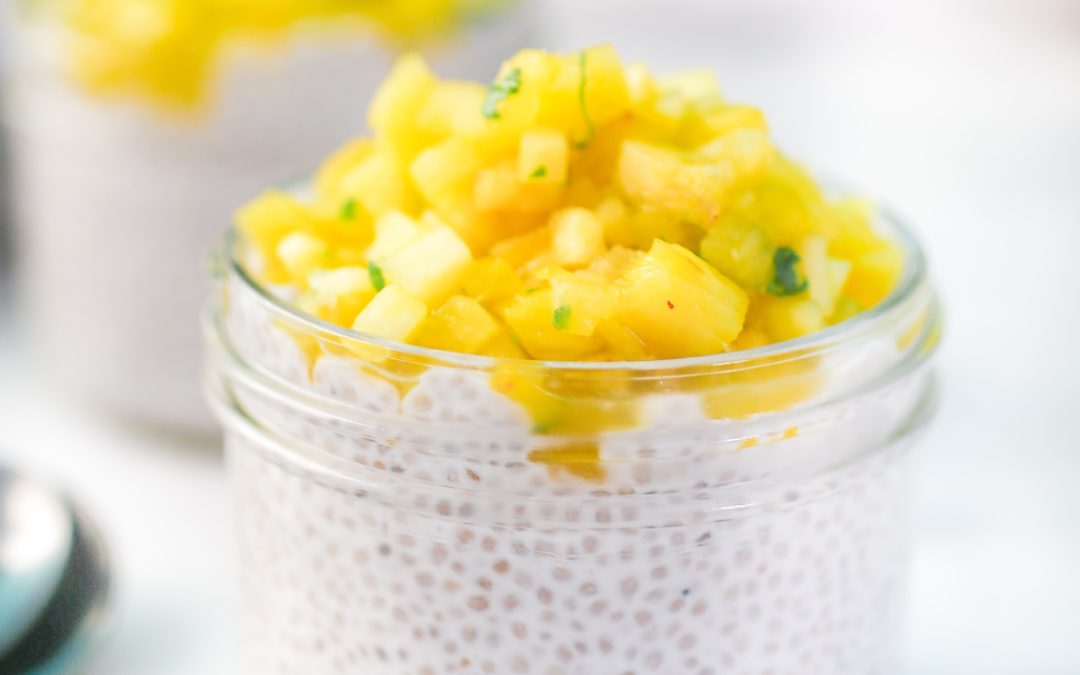 Chia seeds are hands down the ultimate superfood of the last decade and a great way to get more plant-based foods in your kid’s diet.

Sure, they might be tiny, but they pack a ton of nutrition.

With more than 4 grams of protein and a whopping 10.6 grams of fiber in every ounce, chia seeds will satisfy your kid’s hunger. Plus, because they have a low glycemic index, they keep blood sugar levels steady.

Although your kid may initially be turned off by what they look like, you won’t have to sell him on the taste, because they have a mild, nutty flavor.

The other great thing about chia seeds is they can be added to virtually any type of meal or snack. They should however, always be mixed into another food or liquid before consuming and small children should avoid eating them due to the risk of an obstruction in the esophagus.

If you’ve tried to serve them to your kids only to be met with resistance, or you’re looking for more kid-friendly ways to use chia seeds, here are 7 to try.

Chia seed pudding is one of the most popular ways to serve them up and makes for a healthy after-school snack or dessert.

Since chia seeds absorb about 10 times their weight in liquid, when they’re mixed with a liquid like almond milk, they form a gel and become soft like tapioca pudding.

Chia seed pudding is also a great replacement for store-bought puddings which usually have a ton of artificial ingredients and are high in sugar.

You can add things like cacao or cocoa powder, honey or maple syrup, pure vanilla extract and cinnamon, and top the pudding with fresh or dried fruit.

Chia seeds mix well with any of your favorite breakfast foods and baking recipes and can be used as a substitute for other types of seeds. Since I’m allergic to flax seeds, I use chia seeds in my favorite gluten-free bread recipe.

You can also use it as a substitute for whole eggs. To replace one egg, mix one tablespoon of  whole chia seeds with 3 tablespoons of water and let it sit for 5 minutes.

Kids love a little something extra and special in their meals, and chia seeds easily lend themselves as a healthy topping on yogurt and apple sauce and incorporated into overnight oats or parfaits.

Breakfast smoothies can be a great, non-sneaky way to get your kids to eat vegetables and when you blend in some chia seeds, there’s plenty of protein and fiber to fuel your kid until lunch. You can add dry chia seeds or soak them beforehand, it’s only a matter of preference.

Making homemade ice cream or popsicles allows you to control the ingredients, the amount of sugar and it saves you money, especially during the summer months when kids eat a lot of cool treats.

Try this recipe for Chocolate Chia Ice Cream and this one for Fruity Chia Seed Coconut Popsicles.

Whether it’s a PB&J or toast for breakfast, most kids love jam, jelly or fruit preserves. But most store-bought versions are made with ingredients like high fructose corn syrup and are high sugar.

With some chia seeds, fresh or frozen fruit and a bit of sweetener however, you can make your own. Try this recipe from Cookie + Kate.

With oats, nuts, and fruit, granola is often seen as a heathy food but most types of granola are high in sugar.

Instead, make your own homemade granola—try this easy recipe—and add chia seeds for even more protein, fiber and texture.

What are some of your favorite ways to use chia seeds? Let me know in the comments.

Author Details
Julie Revelant
Julie Revelant teaches parents how to raise children who are healthy, adventurous eaters. Through blog posts and videos, her goal is to shift the conversation from short-term, problem picky eating to lifelong, healthy eating and healthy futures. As a health journalist, Julie\'s has written for FoxNews.com, FIRST for Women and Woman\'s World magazines, WhatToExpect.com, RD.com, TheBump.com, Care.com and Babble.com.
julie@revelantwriting.com

WHAT ARE YOU LOOKING FOR?

Hi! I’m Julie Revelant. Health journalist, mom of 2, and foodie. I’m excited to share with you science-based and easy, real-life strategies that will help you raise kids who crave healthy foods.