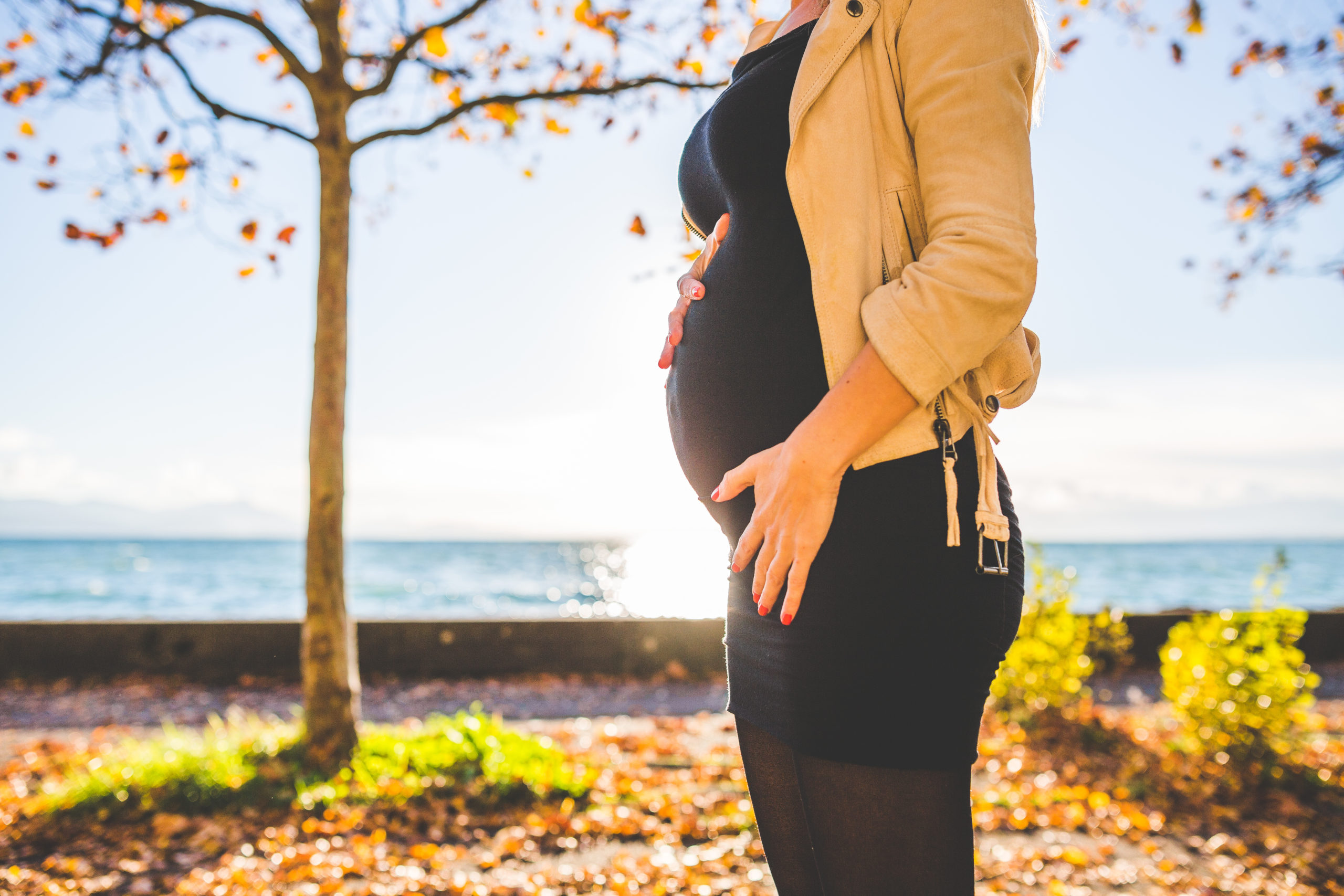 When I was expecting my first child, pregnancy nutrition wasn’t top of mind as much as it was when I was pregnant with my second child. Sure, I avoided lunchmeat, raw sushi and soft cheeses, but I ate plenty of bagels and chocolate too. I exercised but I didn’t pay attention too much attention to portion sizes and I gave myself freedom to eat what I wanted.

It was a big mistake, of course, because I gained more weight than I should have.

At the time, I knew I should eat healthy foods—but I didn’t delve deep into pregnancy nutrition. When I started to write for Fox News however, I learned how important nutrition was. I also realized that without a ton of guidance or time spent with their doctors or midwives, moms like me weren’t educated about pregnancy weight gain, foods they should eat and those they should avoid.

If your mom or mother-in-law tells you that you can eat as much as you want because you’re eating for two, they’re wrong. According to a 2015 study by the Centers for Disease Control and Prevention (CDC), 47 percent of women gain more than the recommended amount of weight during pregnancy and that extra weight can lead to complications and poor outcomes.

In the first trimester, you actually don’t need to consume extra calories. If you have a normal body mass index (BMI), an extra 340 calories a day during the second trimester and an extra 450 calories a day in the third trimester is appropriate, according to the American Academy of Nutrition and Dietetics.

If you’re carrying twins or multiples, or you’re underweight, overweight or obese when you become pregnant, you should talk to your doctor or a registered dietitian nutritionist to make sure you eat the right amount of calories and have a healthy weight gain.

Like most writers, I love coffee. My husband’s a morning person but he knows I’m not the happiest person until I have my first cup of coffee in the morning.

After my first pregnancy ended in miscarriage, the amount of coffee I drank was on my radar because studies show that drinking large quantities of coffee in the first trimester of pregnancy is linked to an increased risk for miscarriage.

According to American College of Obstetricians and Gynecologists (ACOG), 200 milligrams of caffeine a day—about an 8-ounce cup of coffee—isn’t associated with an increased risk for miscarriage. Of course, soda and chocolate also contain caffeine so be mindful of how much you’re getting each day.

Myth #3: You should avoid eating fish because of mercury.

You may be nervous about eating fish in fear of mercury exposure, but fish is an important source of DHA and omega-3 fatty acids which are important for your baby’s brain development.

In fact, a 2016 study in the American Journal Of Epidemiology found eating more servings of seafood each week was associated with higher cognitive scores and a decrease in symptoms of autism.

The EPA and FDA recommended pregnant women eat 2 to 3 servings of low-mercury fish per week. They also have a chart to help you decide which types of fish to eat and which to avoid.

Myth #4: You should avoid eating peanuts.

Until recently, women were advised to avoid allergenic foods like peanuts because it was believed eating them could increase the risk that their child would also be allergic.

Yet the new thinking is that allergenic foods should be consumed and avoiding them may actually increase a child’s risk for food allergies. In fact, a December 2013 study in JAMA Pediatrics found women who weren’t allergic to peanuts but ate more of them were less likely to have children with a peanut allergy.

Not only can some types of sushi contain high levels of mercury but eating raw or undercooked sushi can cause parasite or certain bacterial infections.

Since fish is such a good source of protein, DHA and omega-3 fatty acids, you don’t have to avoid sushi but go for low mercury, cooked varieties instead.

Many women from our moms’ generation drank alcohol during their pregnancies and everything seemed to turn out fine. I’ve had women tell me that if they were near or past their due dates, their doctors told them to relax, be patient and have a glass of wine.

It also turns out some women think a glass of alcohol during pregnancy is safe. According to a report by the CDC, 1 in 10 pregnant women in the U.S. say they’ve had at least one drink of alcohol in the last 30 days. Several studies in the last decade suggest light drinking is not only safe but is associated with improved outcomes for children.

Most recently, a meta-analysis published in July 2017 in the journal BMJ Open found little evidence that low to moderate drinking during pregnancy has an adverse effect on babies.

Nevertheless, experts and major health organizations agree: avoiding alcohol during pregnancy is the best way to eliminate the risk for complications and fetal alcohol syndrome.