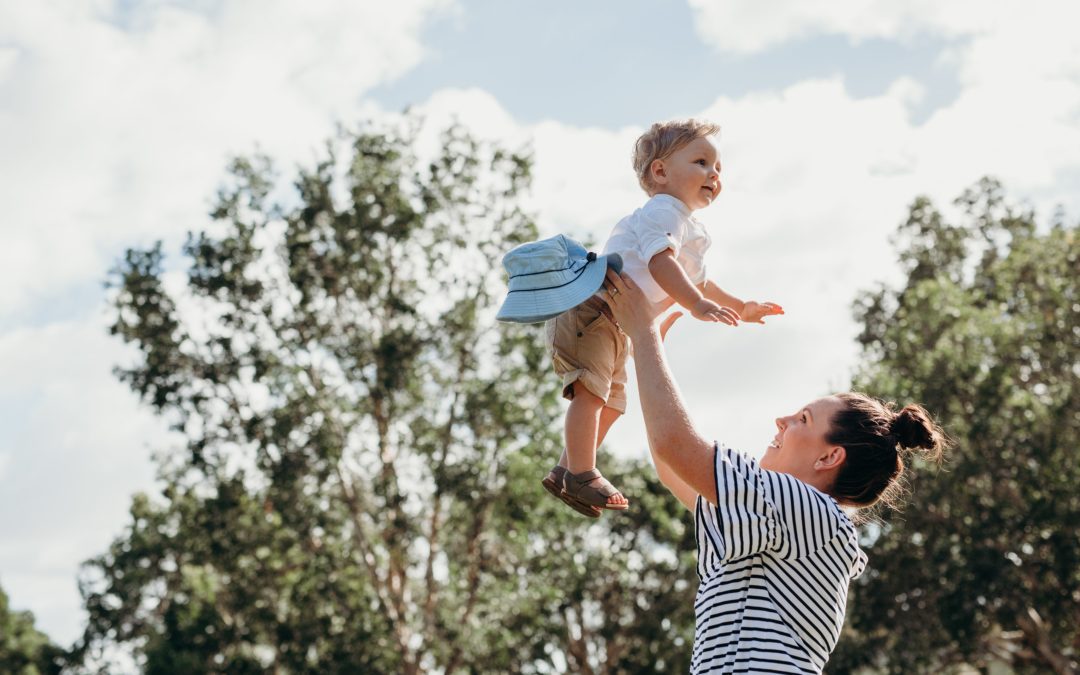 You already know that feeding your kids healthy foods is important for their growth and development and overall health and wellness, but can healthy eating make kids happy too?

There’s no doubt that food is medicine and raising kids to eat healthy can prevent childhood obesity, type-2 diabetes and a long list of chronic health conditions plaguing our nation.

When it comes to mental health and conditions like anxiety, depression and ADHD, many doctors are quick to prescribe a pill.

Medications may be necessary and can be life-saving for kids, but research shows a child’s diet can also make a big difference when it comes to mood, mental health and happiness.

Here, read on for some of the reasons why healthy eating makes kids happy.

When we hear the term microbiome, we often think gut health, but the microbiome is actually a vast ecosystem made up of 100 trillion microorganisms, or microbes, that live in and on our bodies.

These microbes are made up mostly of bacteria but they can also include fungi, viruses and other types of tiny organisms.

The gut microbiome specifically, has received a lot of attention in recent years because researchers have made important discoveries about its link to the brain.

In fact, the gut is often called the second brain because of the strong pathways along the gut-brain axis.

The enteric nervous system, which directs the function of the GI system, has 30 types of neurotransmitters and 100 million neurons.

So although we often think the brain is entirely responsible for mental health and mood, experts say the gut has a lot to do with it too.

Suffice to say, optimizing the gut with foods, especially those rich in probiotics, can help the brain.

Although most parents agree that sleep is important for their child’s health and well-being and performance in school, most kids fall short, a 2014 poll by the National Sleep Foundation found.

Curbing the electronics, sticking to a consistent sleep schedule and leading by example are all key, but experts say gut health also has a lot to do with the quality of sleep, which can affect a child’s mood.

As previously mentioned, a ton of neurotransmitters are found in the gut, including serotonin—about 95 percent worth!

Often dubbed the happy chemical, serotonin is also a building block for melatonin, the hormone that regulates sleep. What’s more, there is 400 times the amount of melatonin in the gut than there is in the brain.

The increase in children with anxiety and depression in the U.S. is alarming.

According to a June 2018 study in the Journal of Developmental and Behavioral Pediatrics, between 2007 and 2012 the amount of children between ages 6 and 7 with anxiety increased by 20 percent while those with depression increased by 0.2 percent.

There are a lot of factors that play into a person’s propensity to develop anxiety and depression like genetics and family history, trauma and environment but diet also plays a role.

According to a large cohort study published in October 2013 in the Journal of the American Academy of Child and Adolescent Psychiatry, kids exposed in utero and during early childhood to junk food and those who lacked healthy foods were at an increased risk for developing anxiety and depression while they were still young.

Experts say healthy eating however, can help ward off these conditions.

Take the SMILES trial published in January 2017. It’s important to note that the study was conducted in adults, so it’s unclear if the same results could be replicated in kids.

Still, the study found that 30 percent of people with depression who followed a Mediterranean diet for 12 weeks reversed their depression, compared to only 8 percent of those in the control group who didn’t change their diet and only received social support.

A December 2017 study in the journal BMC Public Health found healthy eating is associated with better self-esteem and fewer emotional and peer problems, such as bullying, in kids between ages 2 and 9.

Interestingly, kids had the same boost in self-esteem whether or not they were overweight.

On the flip side, when kids have strong self-esteem, they’re also likely to make healthy food choices, the same study found.

Approximately 11 percent of kids between ages 4 and 17 are diagnosed with attention deficit hyperactivity disorder (ADHD), according to the Centers For Disease Control and Prevention (CDC).

It also seems that eating a whole foods diet can help to support the health of a child with ADHD. In fact, a February 2011 study in The Lancet found 78 percent of children who followed a “restricted elimination diet,” which consisted of real, whole, unprocessed foods, experienced an improvement in their symptoms.

Have you found eliminating certain foods and changing your child’s diet improved his mood? Let me know in the comments.