10 Ways To Stay Healthy When Your Kids Are Sick 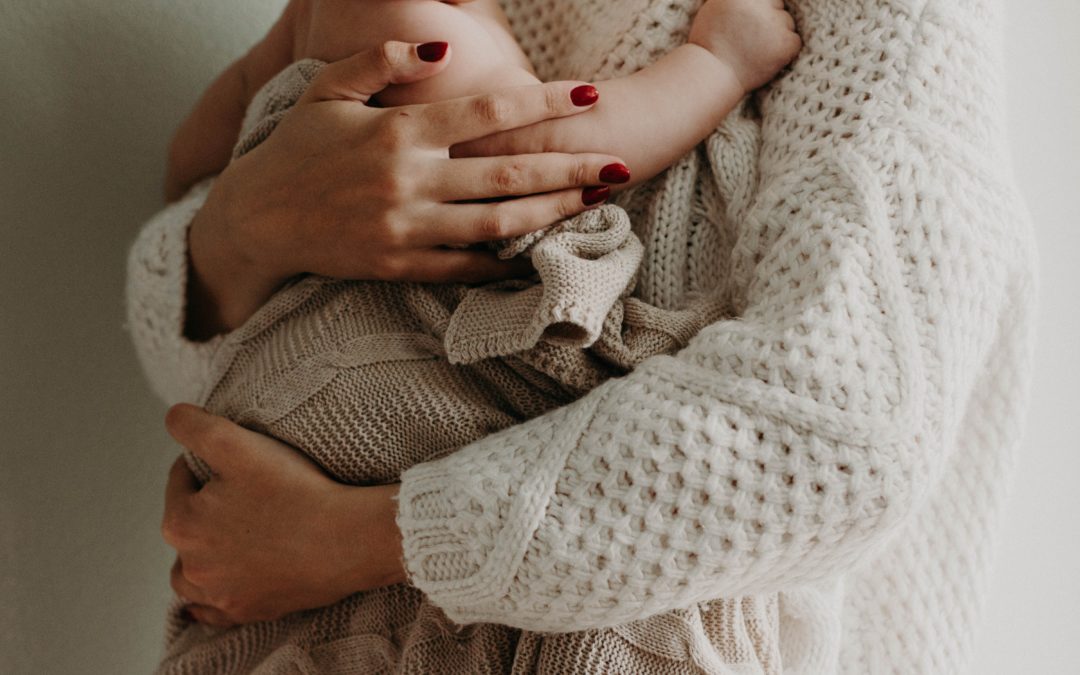 If it seems that your kid is sick all the time, it’s not your imagination. Before kids even turn 2, it’s common for them to get 8 to 10 colds a year. When your kids are sick, there’s no doubt you’re in fierce-mom mode, thinking about every possible thing you can do to help them get better quicker.

Between elderberry syrup, chicken soup, and plenty of rest and snuggle time, you’re determined to nurse them back to health ASAP.

I don’t know about you, but at the first sign of a sniffle, sneeze or sore throat, all I can think about is, great, now I’m going to get sick!

Because let’s face it, moms don’t get sick days.

Still, kids love to share their germs with us.

They sneeze and cough IN our faces, wipe their snotty noses on us—or worse— and give us the fun job of cleaning it all up.

It’s one of the reasons we get sick more often than single folk.

In fact, according to an August 2015 study in the journal Clinical Infectious Diseases, people who don’t have kids in their homes are infected with colds, the flu and other respiratory illnesses on average 3 to 4 weeks during the year, while those with one child are sick 18 weeks out of the year!

Last fall, when my kids both came down with the flu (yes, they had their flu shots), and I was sleep-deprived, run down and stressed out, I miraculously avoided it.

Perhaps my flu shot was effective, or I simply got lucky, but there were some things I did which I believe made all the difference. Here are 10.

1. WASH YOUR HANDS—AND GET YOUR KIDS TO DO THE SAME

It’s a total no-brainer: wash your hands to prevent the spread of germs, but when your kids are sick, it’s even more important.

When it comes to encouraging your kids to wash their hands, they usually don’t wash often enough or wash the right way—which is one of the reasons they got sick in the first place.

If you kids are vomiting or have diarrhea, be sure to wash your hands before and after caring for them. Also wash your hands after touching anything they touched including bathroom and kitchen surfaces, used tissues, plates and utensils, their thermometer, and measuring cups or syringes for administering medicine.

Teach your kids how to wash their hands with warm water and soap, wash all surfaces of their hands including their fingernails and in between their fingers, and wash while singing “Happy Birthday” twice.

Consuming protein-rich foods at every meal and snack satisfies your hunger, keeps you feeling fuller longer, and balances your blood sugar, but it can also help you stay healthy when your kids are sick.

Protein is one of three macronutrients (fat and carbohydrates are the other two), and are found in every cell in the body.

Protein plays a role in repairing cells and making new ones and protects the body from viruses and bacteria.

The Recommended Dietary Allowance (RDA) for protein is .08 grams of protein per kilogram of body weight. To figure out how much protein you need each day, multiple your body weight by .36.

Be sure to eat a protein-packed breakfast and include protein throughout the day. Eggs, meat, fish, dairy, tofu, tempeh, and nuts and seeds are all good choices.

When my daughters had the flu, I did my best to keep them quarantined. One slept in her bed, while the other one was in the guest room. When they were resting on the couch, they brought their own pillows and blankets. 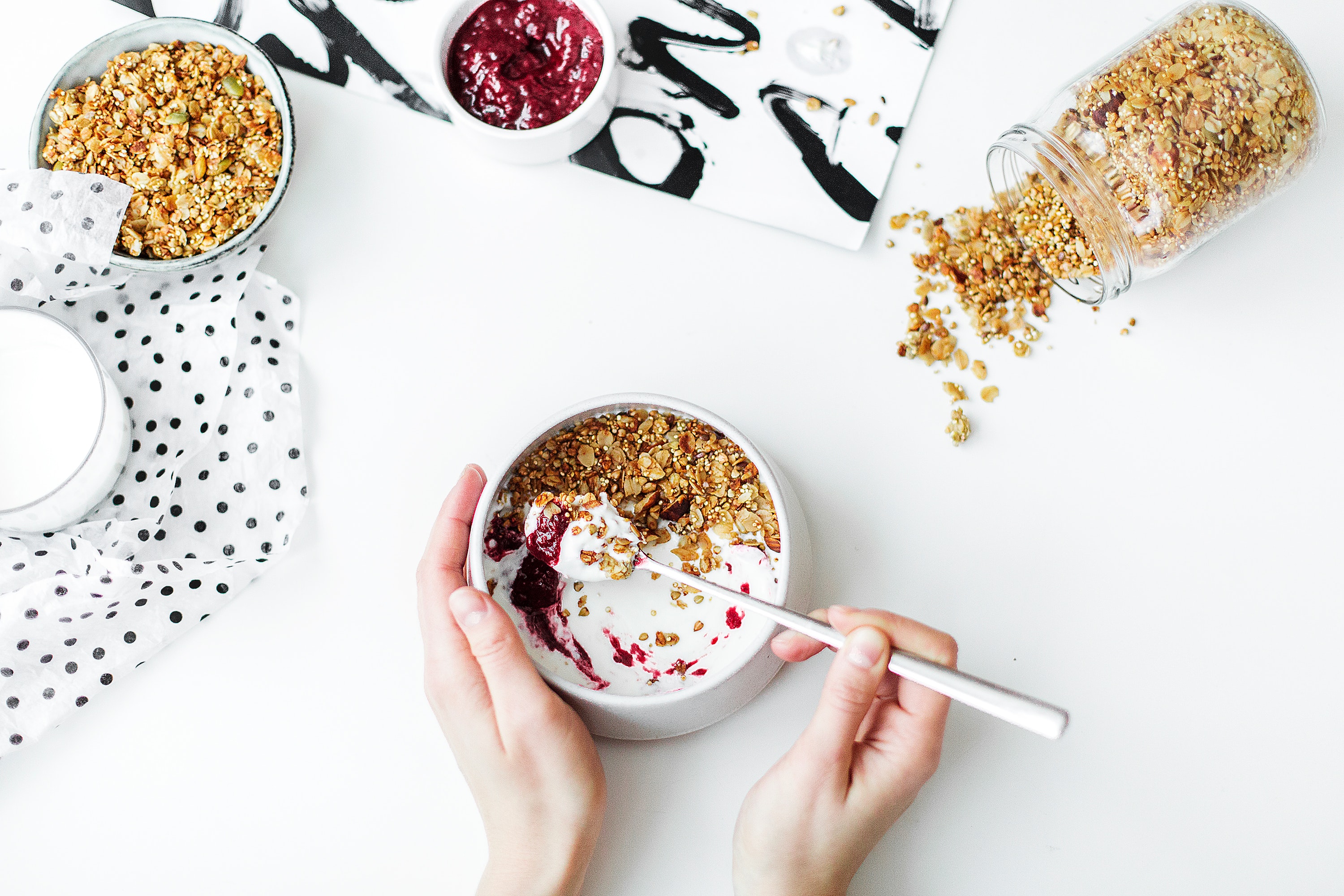 In recent years, there’s been a ton of research around gut health and the health benefits of probiotics.

A healthy gut starts with the microbiome, which is a vast collection of 100 trillion microbes or microorganisms that actually live in and on the body, but most are found in the gastrointestinal tract.

Since the gut makes up 70 percent of the immune system, making sure it has a diverse amount of healthy bacteria is key.

Consider taking probiotics but also include probiotic-rich foods in your diet such as:

Fruits and vegetables also provide prebiotics, which are dietary fibers that feed the healthy bacteria in the gut allowing them to grow and flourish.

Also, do your best to avoid processed foods and high amounts of sugar which can alter gut bacteria.

Staying hydrated is important for your overall health but it also helps to regulate your temperature, lubricate and cushion your joints, protect the spinal cord and other sensitive tissues, and helps to get rid of waste.

It makes sense therefore, that staying hydrated and drinking plenty of water every day as a general healthy habit can keep you healthy when your kids are sick.

Although I wasn’t deficient, my naturopath explained my levels weren’t optimal either, so for over a year, I’ve been taking between 3,000 and 4,000 IUs of Vitamin D everyday.

I think taking Vitamin D played a role in keeping me healthy when my kids had the flu.

Vitamin D is an essential nutrient and optimal levels are important for overall health, to lower inflammation, and support healthy bones and teeth, and the brain, nervous and immune systems.

A February 2017 meta-analysis in the journal BMJ found taking vitamin D supplements can prevent acute respiratory infections including colds and the flu.

Foods high in vitamin D include:

I recommend you ask your doctor to test your vitamin D levels first and then find out how much you should take. The National Academies of Sciences, Engineering and Medicine also has a guide here. 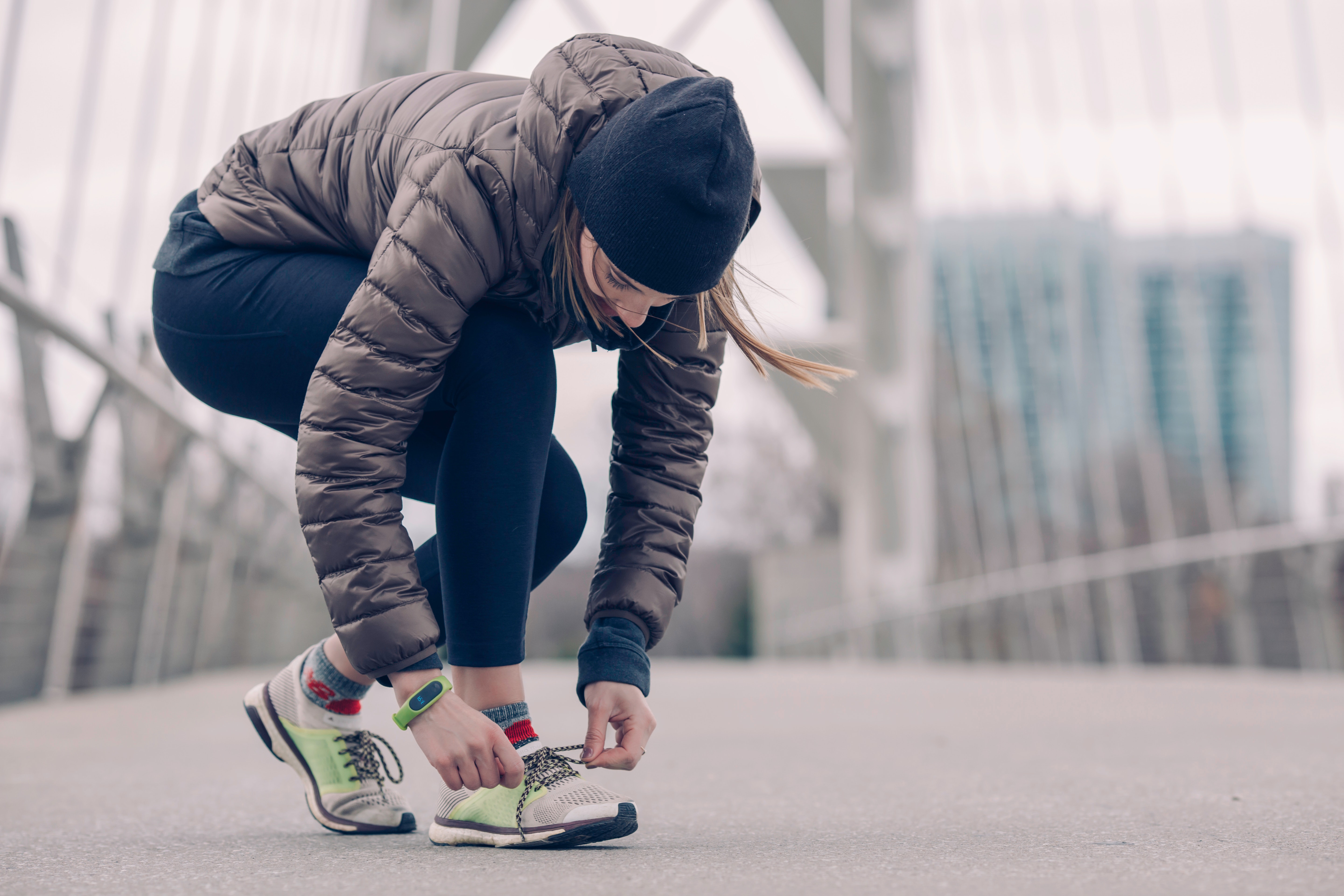 7. GET AS MUCH SLEEP AS POSSIBLE

Getting enough shut-eye can be tough when your kids are sick, especially if they’re up at night.

Yet prioritizing sleep as much as possible when they’re not sick can go a long way in boosting your immune system.

According to a 2015 study in the journal Sleep, people who were exposed to a live common cold virus and clocked about 5 or 6 hours a night of sleep were four times more likely to develop a cold than people who slept at least 7 hours each night.

Vitamin C has been touted as a remedy for preventing and treating the common cold, but the jury is still out on its efficacy.

According to a 2013 Cochrane Review, extremely active people such as marathon runners and skiers who took 200 mg of vitamin C per day reduced their risk for the common cold by 50 percent. The same finding however, was not true in the general population.

The good news however, is that taking the same dose reduced the severity of colds by 8%.

Apples are rich in vitamin-C and quercetin, an antioxidant that’s known for its antiviral and anti-inflammatory properties.

Other vitamin C-rich foods include:

While I’m not keen on using bleach, disinfectants and harsh chemicals in my home, it’s a different story when my kids are sick.

To prevent the spread of germs, do your best to wipe down surfaces your kids touch such as the toilet bowl flusher, sink and faucet, doorknobs, light switches and remote controls.

If there’s vomit or diarrhea, put gloves on too. The CDC also recommends using disinfectants that have an EPA registration number.

If your kid is home sick, there’s no way you’ll be getting to the gym.

Yet on other days, or when they’re healthy enough to be in daycare and school, exercise can help boost your immune system. Even better—a quick workout will do.

In fact, according to a March 2017 study in the journal Brain, Behavior and Immunity, one, 20-minute session of moderate exercise can stimulate the immune system and have anti-inflammatory effects.

So go for a brisk walk, jog on the treadmill or put on a fun dance video and get moving!

What do you to stay healthy when your kids are sick? Let me know in the comments! 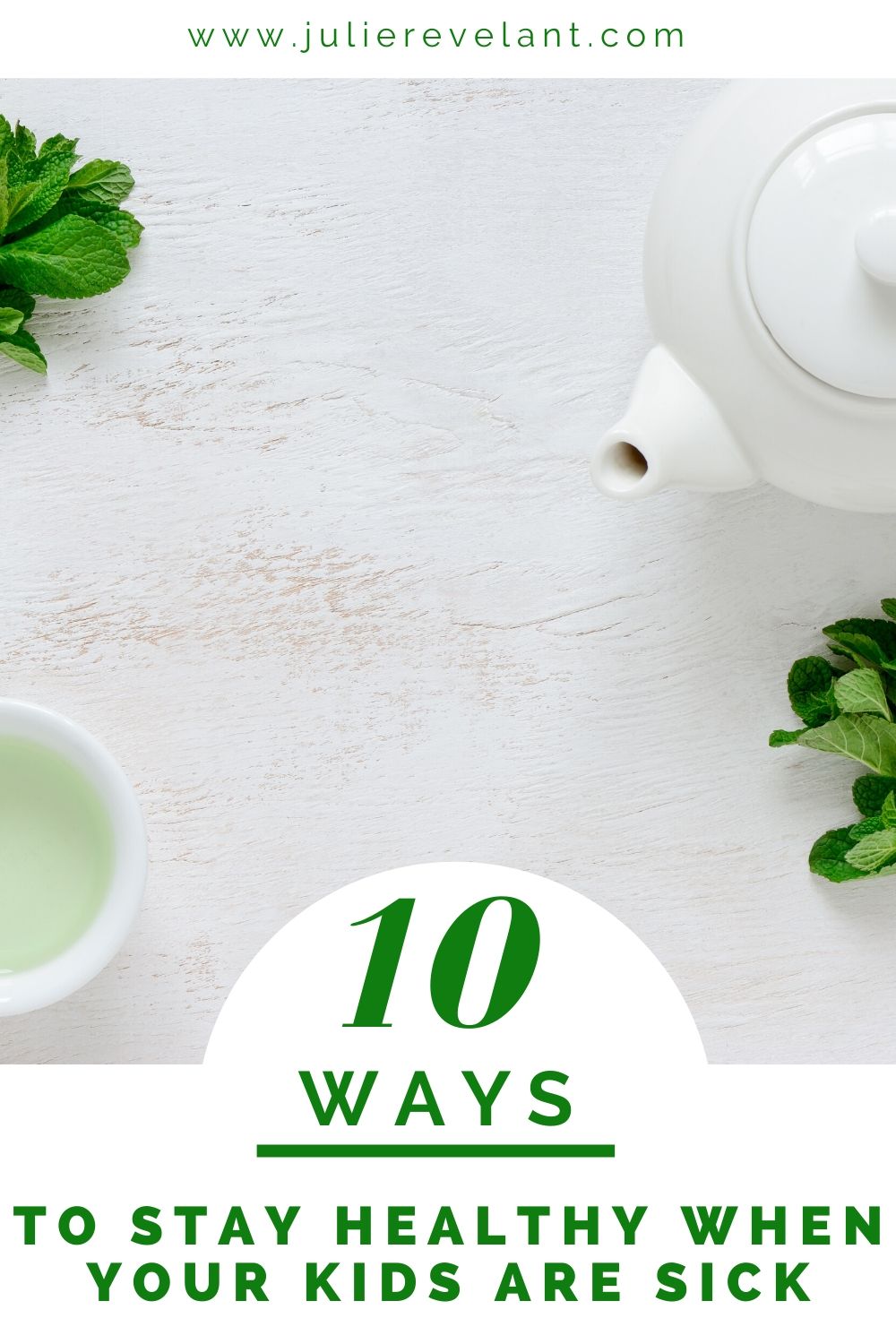